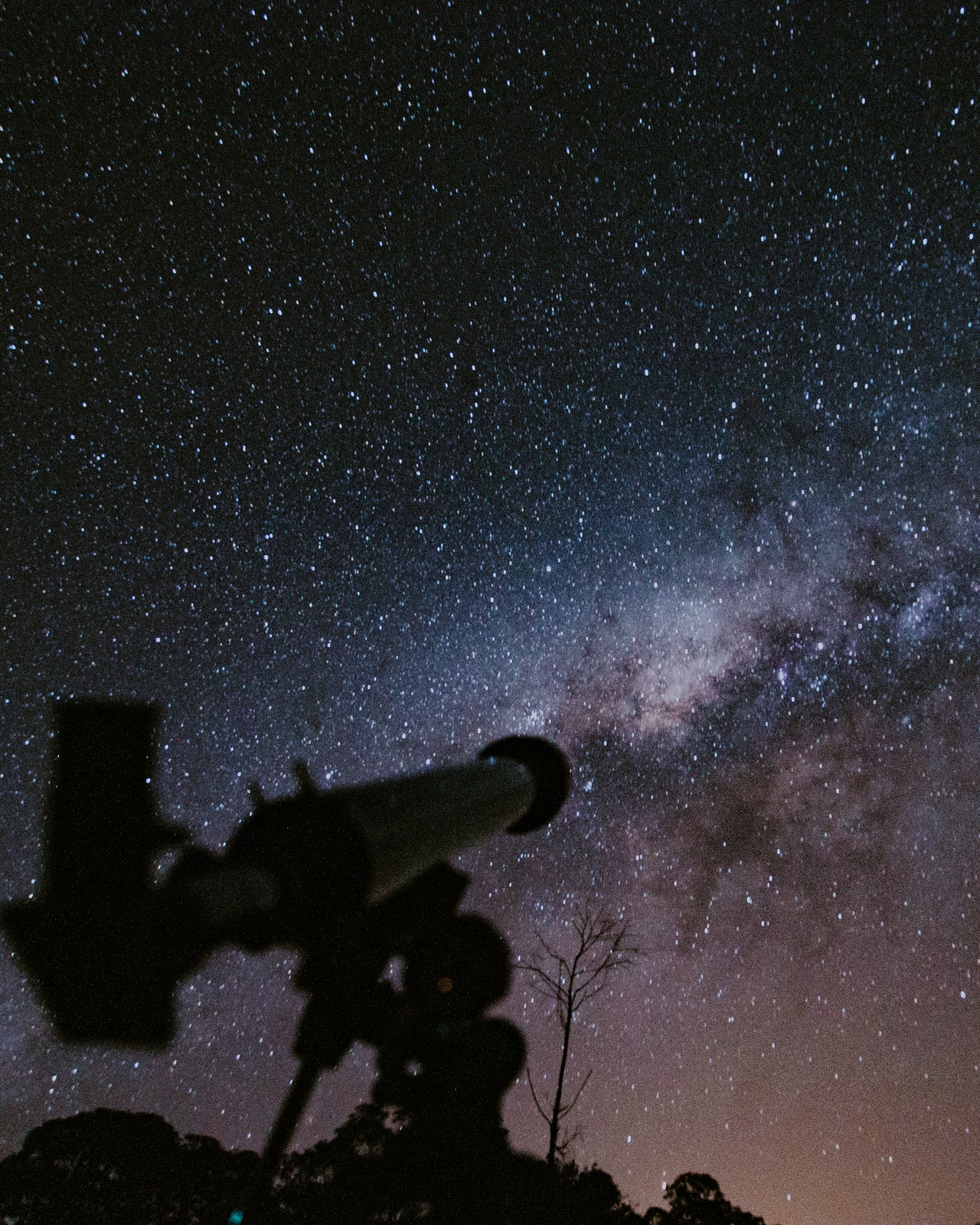 A modern observer of the starry sky cannot do without one instrument – a telescope. If you decide to buy a telescope, you need to know the basic facts about it, what it is, which types it has, how it differs from other optics, and what usage it can have. Whether you are a professional or a beginner learner of astronomy – regardless of this fact, this device will be a necessary attribute in your luggage.

What is a telescope? A telescope is a device that helps us to observe distant objects by collecting electromagnetic radiation. It is used in astronomy to study the night sky and photograph space things. Galileo Galilei made the first such device in 1609, and it looked like a spyglass in appearance. It is also necessary to understand how such a device works. In its classical form, this is a tube established on a mount – a rotary support device that sets precise guidance to objects of interest. The optical part of the device includes an eyepiece and a lens. These components provide an increase of distant objects, and the degree of magnification depends on the focal length between these two components on the lenses installed there. The most famous telescopes are diopter, catoptric, combined, radio telescopes, and infrared.

• Dioptric – a classic device with lenses, their principle of operation consists of the light collected by the lens from the bodies on the objective lens; the primary condition of work is the coincidence between the focus of the objective the eyepiece.

• Catoptric – the central part is a concave mirror, on which light is collected and reflected on the eyepiece. Such devices have a complete transmission of the light spectrum, and they show all the details of the object under study- color, brightness, depth, etc., but have a limited view.

• Combined devices – combines a lens and a concave mirror. They have a high-quality image and a wider viewing angle than specular telescopes. They also have two subspecies – Schmidt – Cassegrain and Maksutov – Cassegrain. Telescopes of the 1st subtype have a curvature in the center of the mirror diaphragm, which increases the field of view. Still, at the same time, spherical violations and deviations are excluded. Devices of subtype 2 have an optical lens in the focal plane area, which has a convexity on one side and a plane on the back, which makes it possible to compensate for the curvature of the field and avoid spherical deviation.

• Infrared – they perceive infrared radiation from objects. In other words, they react to heat, and they are more sensitive; the radiation is reflected on the objective lens and projected at one point, then the sensitive part converts the heat into visual data, and the result is photographed for further studies.

Telescopes differ from other optics in several ways. For instance, a telescope is an optical device with a single viewfinder that allows you to see and interpret distant objects, and binoculars, in their turn, have two viewfinders instead of one, and they are used to observe animals or are applied in hunting; it provides a three – dimensional image of the object as two eyes are used for observation. The difference is that binoculars have a smaller, less powerful wide lens, while the telescope has a more robust lens and a narrower field of view, which can be used for viewing farther distances. You can also compare telescopes and microscopes; the main difference between the two is that microscopes are used to magnify small objects at a short distance, while telescopes are used to magnify large objects at a great distance from us. Likewise, it is worth making it clear how a telescope differs from a spyglass. On the one hand, the spyglass has a lower magnification, a wider field of view, are compact and lightweight, and use prisms in their optical design to obtain a correctly oriented image. On the other hand, Telescopes give an inverted or mirror-symmetrical idea, which is not essential when observing the stars but may be completely inappropriate when tracking animals.

The primary purpose of this device is to collect as much radiation from celestial bodies as possible and to increase their illumination, which allows you to see even dim objects. The second important task assigned to telescopes is to create the sharpest possible image and, in visual observations, to increase the angular distances between objects (stars, galaxies, etc.). The amount of light a telescope can collect directly determines the detailing of the resulting image, from the lunar landscape to the rings of Saturn. This parameter does not depend on the telescope’s magnification, as many are accustomed to thinking, but directly depends on the lens, which collects the light rays; the objective can be either a lens or a mirror, which defines the base of the telescope.

Many of us are connoisseurs of beauty, so we want to learn more and more information about the thing that interests us. Watching the starry sky is an incredible process, which requires a telescope. This device will become your irreplaceable friend, allowing you to know more about space and its components – the stars. 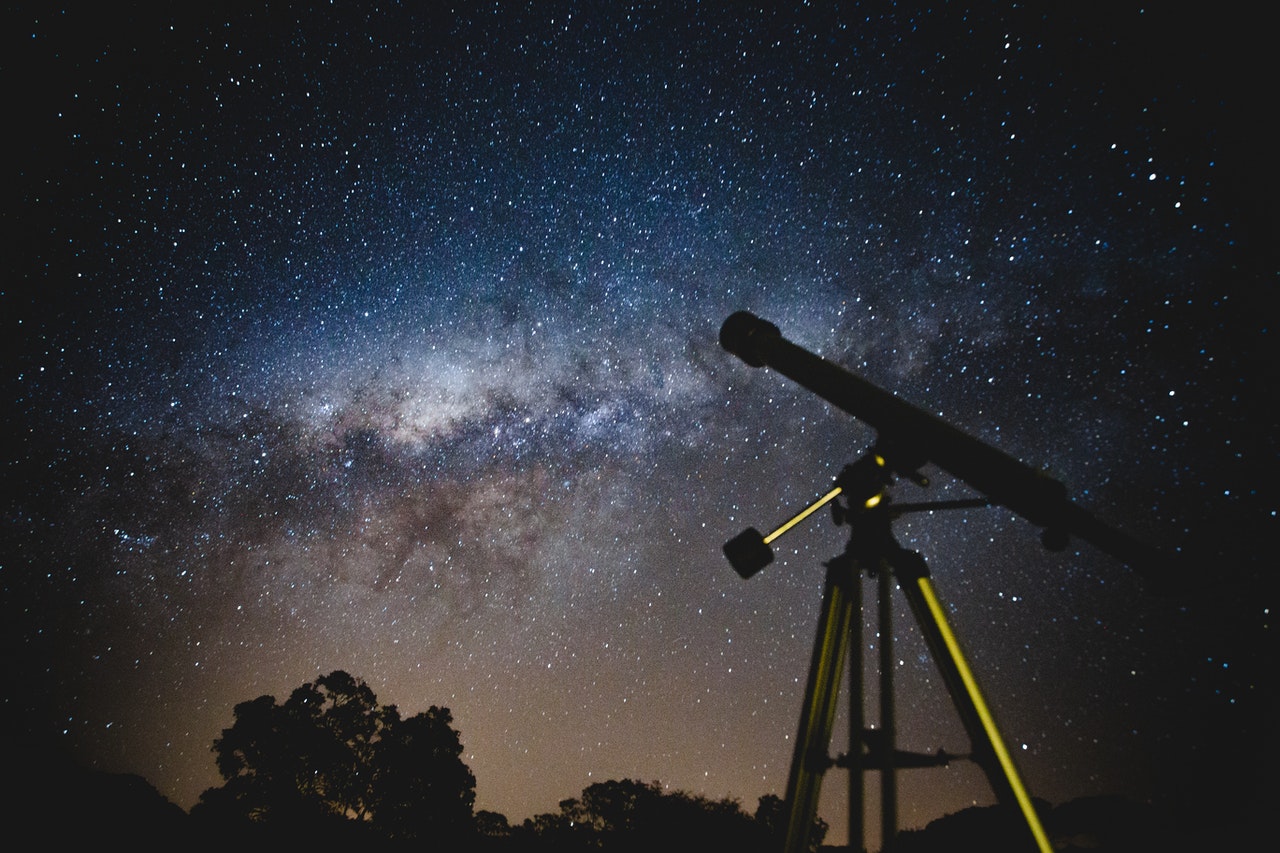 Have you ever been mesmerized at least once in your life by the beauty and mystery of the night starry sky? Stars, planets, and satellites are massive cosmic bodies unique by their nature. All of them are unattainable in the physical sense for ordinary people like you and me. Space is a fantastic thing, which we can never touch with our hands; however, we can enjoy it from the side with the help of various complementary devices – the so-called telescopes.

The work of these devices consists of collecting electromagnetic radiation from distant objects. Nowadays, there are different telescopes: optical, radio telescopes, X-rays, and gamma telescopes. They all are differentiated by their mechanisms of work, appearance, etc. An important fact is that some of them are more difficult to apply and are intended for professional activities; others have the most necessary, so to speak, a standard set of functions to achieve the goal – viewing space objects and photographing them. Once all professionals were amateurs of their craft, learning astronomy with professional technology was a brutal and energy-consuming occupation. Therefore, the best seven telescopes for beginners are given below:

1.            Celestron StarSense Explorer – this telescope communicates with the device through the particular StarSense Explorer app so that you can view constellations and starspots. It is worth mentioning that the display is reproduced in real-time, and the sight on the screen turns green when a set goal is achieved. Wi-Fi and a cellular network are not necessary for use; in addition, there is a night mode when the screen turns red for better adaptation of the eyes in the dark. The lens is 130mm, and there are two available eyepieces: 1- 25 mm, which provides 26x magnification, and 2-10 mm, which provides 65x magnification. The device is accessible in applying and accurate in achieving the goal.

2.            Infinity Telescope Meade Instruments is a reasonably light refractory model with three eyepieces with several magnification options. The sight is established on a special fastening equipped with slow-motion control rods so that the target is not lost while tracking. The device is paired with the Windows AutoStar Suite Astronomer Edition integration software that helps you study the sky with over 10 000 celestial objects.

3.            Celestron PowerSeeker 127 EQ – the device is suitable for those who understand at least something in telescopes. A reasonably portable device, which is used for viewing in the countryside. The sight is established on a mount with a designated rod height for precise observation; two eyepieces have 50x and 250x magnification. There is a SkyX planetarium program with a database of 10 000 objects and print star charts.

4.            Gskyer EQ901000 Refracting Telescope – has a 70mm diaphragm and an easily accessible focus wheel. It is well suited for observing celestial objects as well as observing animals. The set includes three interchangeable eyepieces – 25mm, 10mm, and 5 mm, a scope for a finder, a tripod, a phone holder, and wireless remote control. The model has a long focal length and wide diaphragm for good focusing, reducing glare.

5.            The Orion StarSeeker IV – reflector model database contains over 42 000 targets. Has two eyepieces and a good lens, equipped with a moon filter. Eight AA-size batteries power it; however, it can be plugged into a wall outlet via an adapter or a portable generator. The telescope can likewise be controlled via Wi-Fi. The only drawback of the device is its weight in comparison with other models-this model is a bit heavier.

6.            Celestron NexStar 6SE Computerized Telescope – has a compact and portable form-factor, and along with this, is equipped with a large six-inch primary mirror. Combining these factors makes it quite robust and easy to assemble and disassemble. It is small in size but rather heavy in weight; with the help of adapters for the camera, astrophotography can be performed. Some additional functions can be purchased, like a SkyPortal Wi-Fi module, which provides wireless control and various new functions.

7. ToyBee 100246- a refractory telescope with three eyepieces. The telescope can be applied for viewing space objects and ground observation. It has a 70mm lens. In addition, the eyepiece has good characteristics, including 20mm: 15x; 6mm: 50x; and the focal length is estimated at 300mm.  The device does not require any additional tools.

Accordingly, we can conclude that such telescopes are tailored specifically for beginners. Developers make them high-quality for both the short and long term. Each of the above telescopes has essential functions, and some of them even have an additional role that improves the process and quality of viewing and photographing in general. If you have never done anything like this before, these are the models that will guide you on the path of knowledge of the starry sky.