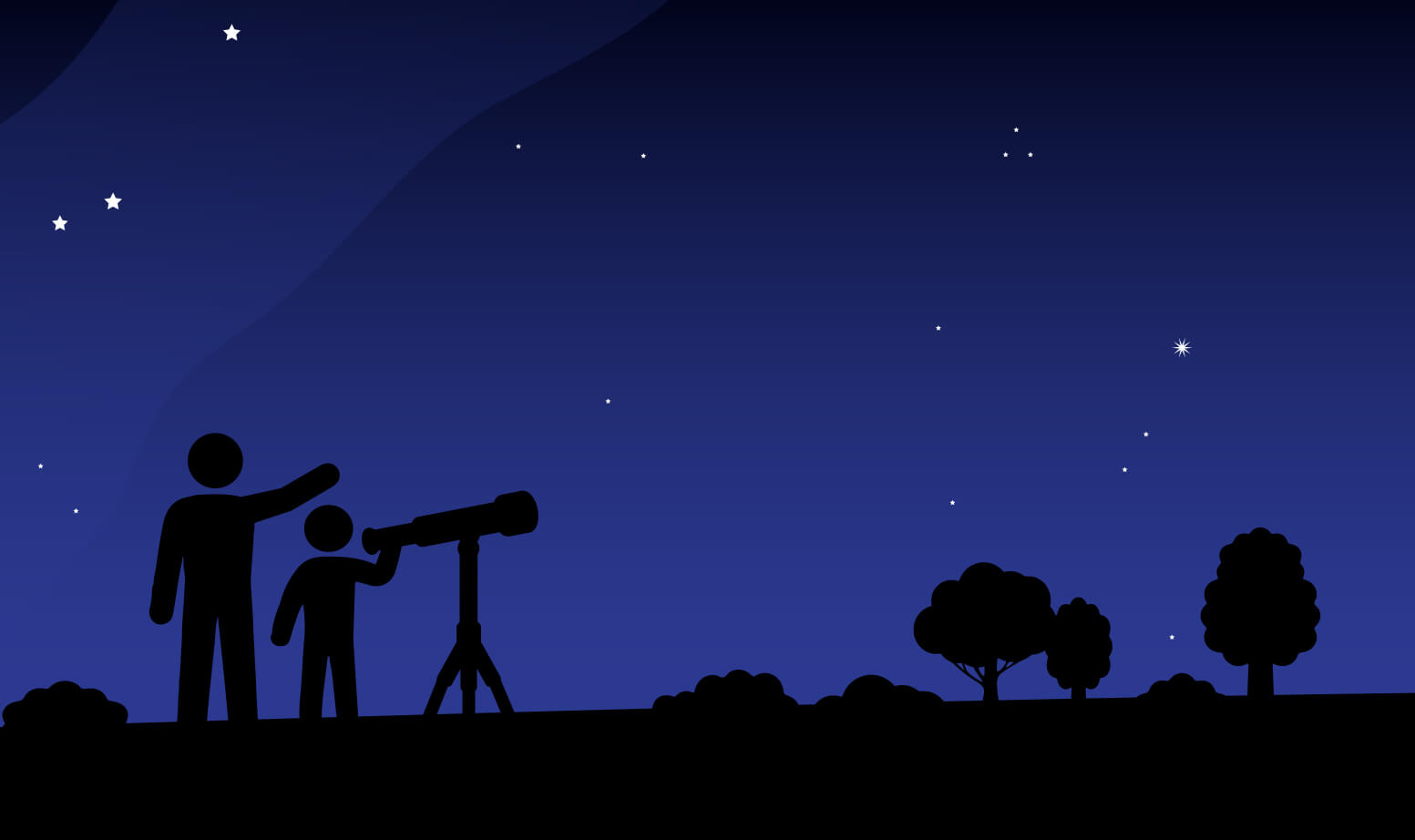 A telescope is a tool that helps us see things from greater distances. The word ‘telescope’ comes from two Greek words: ‘tele’ meaning far and ‘skopos’ meaning viewer. It’s a combination of lenses, mirrors or both that magnify distant objects for close observation.

History of the telescope

The first documented use of a telescope was in 1608 when an Italian scientist Galileo Galilei pointed one toward the sky to study the stars and planets. However, Dutch eyeglass maker Hans Lippershey tried to claim he invented it first in 1604 but no one knows if he actually did so or not. Galileo started using telescopes all throughout Europe by giving demonstrations to curious onlookers but eventually, the news of his invention reached the Vatican. They were upset that Galileo was contradicting scripture and placing the sun at the center of our solar system, not Earth. In 1616, they ordered him to stop promoting this theory and for a decade he complied but later published another book that got him in trouble with the Church again. They put him on trial as a heretic until finally, they forced him to spend his final years under house arrest; even though by then, many people agreed with Galileo because he had scientific proof for what he said.

A telescope gathers more light than the human eye can capture by using an arrangement of lenses or mirrors (or both). Each component helps reflect light toward one focal point.

Lenses in a telescope come in two types: convex lenses which are thicker in the middle, known as positive lenses produce an upright image while concave lenses are thinner in the middle(known as negative lenses) and flip that image upside down. Astronomers use both types of lenses which is why you’ll see telescopes with combinations like doublet or triplet objective lenses. A mirror telescope on the other hand, has a large curved mirror instead of glass and an eyepiece at one end for your eye to look into. They’re more compact than refractor telescopes but harder to make. Refractors on the other hand use only one lens (the objective) while reflectors use only mirrors; both can get expensive if you want to buy one. While both types of telescopes can be expensive, smaller and cheaper ones often come in a kit form and because the lenses or mirrors are already made, you just need to put them together.

At an observatory or planetarium, there will be a ‘barn door’ mount with two curved metal plates at either end which allows the telescope to swivel up and down as well as side-to-side. The mounting also holds the reflectors or refractor telescope steady so that it doesn’t move too much while an object is being viewed even if people are touching it. For bigger versions, most have equatorial mounts instead of barn doors which are more complicated but help objects in space so they don’t change position as Earth rotates.

To look at the objects in space, you have to know where to aim your telescope. One way is by using a star chart which will show you how stars and planets are moving through the sky on a given night or day. If it’s not clear enough to see those objects with your naked eye then try looking for bright spots that stand out from others around them. Some telescopes come with a camera attached so that you can take photos instead of just viewing what’s happening up close; they all depend on what exactly you want to do with it. You can even buy adapters that help connect your digital camera to most types of telescopes for this purpose! Astronomers also use computerized setting circles which make it easy to aim your telescope at celestial objects.

A smaller mirror or lens in a refractor telescope is adjustable by turning an attached focus knob which makes objects appear bigger if they’re far away or smaller when you’re looking at something nearby. The same thing works for reflectors too but instead of knobs, there are usually screws that you turn on the front so it can be adjusted accordingly. You can also view images upside down with any type of telescope which is another way to see them better depending on the angle. To help with this, telescopes have eyepieces at one end where you’ll look into the device to get a closer look. They contain up to three lenses inside and come in different types like ‘Kellner’ or ‘Plossl’.

To look at things that are distant in the sky, you just need to find them and adjust your telescope accordingly. If you’re looking for a planet like Jupiter, try searching for a bright dot in the sky that doesn’t seem to move when others around it do. You can also buy computerized telescopes with built-in settings that know which celestial objects you want to see and automatically point your telescope there so all you have to do is push a button! Aside from planets and stars, comets, meteor showers and nebulas can be seen using telescopes too but they may require an experienced astronomer to help set up the view properly.